The event was attended by U.S. Rep. Angie Craig, who gave an update on project funding for the Goodhue County Broadband Expansion Project she is championing on behalf of her Goodhue County constituents. Funding for these projects were also strongly supported by MN State Rep. Barb Haley, who also attended the event, MN Sen. Mike Goggin, and Goodhue County administrator and commissioners.

These projects are examples of one of many expansion projects supported by state funds and, potentially, federal funds. Two of the five grants that Nuvera received for 2021 were for the Welch and Goodhue areas, said Nuvera CEO/President Glenn Zerbe. This fiber overbuild will bring Gigabit speeds to approximately 250 previously unserved homes, farms and businesses.

“Nuvera is working toward bringing affordable gigabit broadband to every one of our service areas, erasing the digital divide community by community,” Zerbe said. “We’ve heard from local customers that high-speed Internet is a top priority. It affects almost every aspect of life, especially now when residents and businesses are doing more online than ever.” 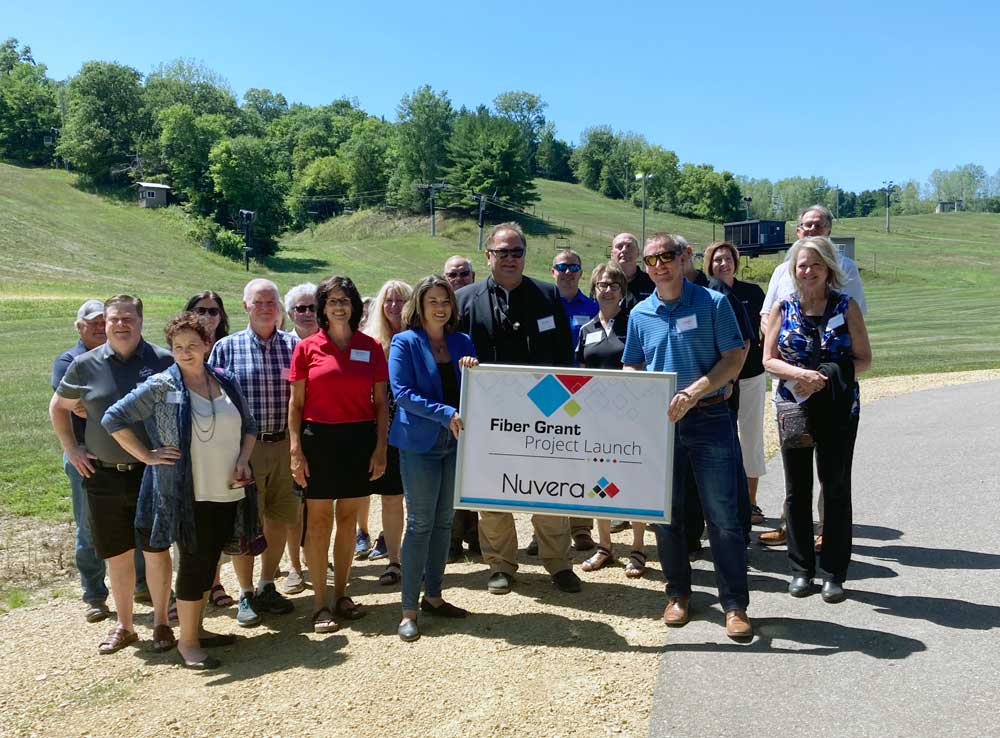 Nuvera co-hosted a fiber Internet expansion project launch in Goodhue County on Thursday, Aug. 12. The event was attended by representatives from Nuvera, U.S. Rep. Angie Craig, MN Rep. Barb Haley, a representative from the office of U.S. Sen. Tina Smith, and residents and business owners from the area who will benefit from the expansion.