This project is an example of many expansion projects supported by state funds. One of the five Minnesota Border to Border Grants that Nuvera received for 2021 was for the New Ulm area. The fiber overbuild will bring Gigabit speeds to approximately 160 previously underserved homes, farms and businesses.

“We are thrilled to be able to bring the fastest Internet to underserved areas,” said Nuvera President and CEO Glenn Zerbe. “In fact, we are picking up the construction pace, working on a five-to-six-year plan, quadrupling the pace of fiber expansion, which is possible thanks in part to the state funding we receive.”

Mr. Zerbe stated, “We are very focused on aggressively building out our network over the next five years.”

With coverage to all areas – unserved and underserved – within reach, Mr. Zerbe also commented on accessibility for all also being more practical as customers in every Nuvera service area now pay the same price for broadband Internet.

Nuvera has hosted similar launches recently in the Welch and Webster areas and will host another in Hutchinson before the end of September. 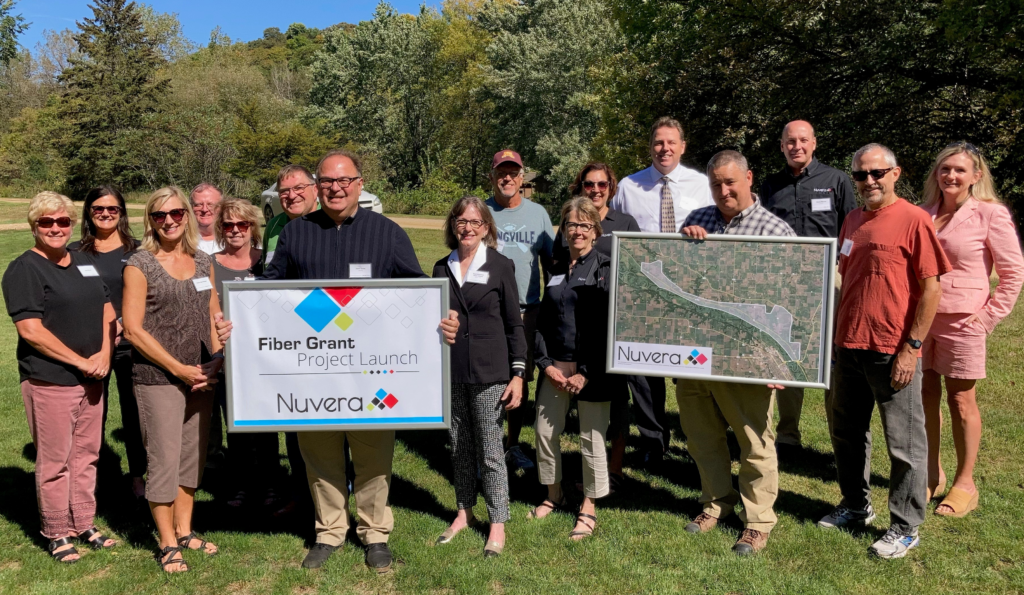