Why Is My Internet So Slow? Learn About Bandwidth.

Home » Blog » Why Is My Internet So Slow? Learn About Bandwidth.

What Is Bandwidth and Why Is It Important?

You may have heard the term ‘bandwidth’ before and thought to yourself, “What does that even mean?” We can’t blame you for that, as even the word seems very technical.

Usually, when you think of Internet, it is more in reference to what speeds you should subscribe to from your Internet Service Provider (ISP), or maybe you just dismiss these terms altogether and choose the lowest-priced package available to you.

As we are all aware, Internet has become an essential part of our daily lives. With all the new smart home products, streaming video and music options, smartphones, and social media that have emerged over the past decade, we all have found ourselves online more than ever.

While more of our daily lives are being thrust online, a lot of Internet users don’t understand how much Internet speed their household requires, and why bandwidth is important to avoid delayed or buffering Internet connections.

Before we go any further, let’s answer the question: What is Internet bandwidth?

According to the website TechTerms, bandwidth describes the maximum data transfer rate of a network or Internet connection, and how much data can be sent over a specific connection in a given amount of time. In basic terms, Internet with higher bandwidth, or speed, gives you a faster and better experience over Internet with lower bandwidth.

Making Sense of Bandwidth with a Water Analogy

Is bandwidth still not making much sense? Try thinking about it in terms of water.

Think about the last time you showered, and at the same time your kids were getting a bath and your dishwasher was running. Did you get the same amount of water pressure that you typically get when nobody else is using water? If your plumbing had bigger pipes, you’d get quality pressure every time. 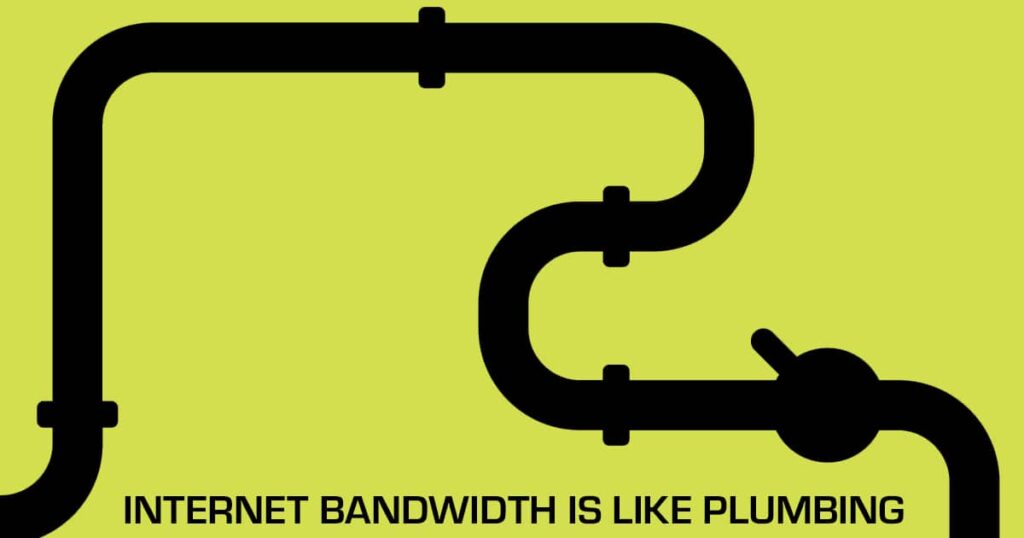 The same can be said about your Internet bandwidth. Think about the last time you were trying to stream a movie from Netflix while your kids were gaming online, and your spouse was working from home. Were you getting sufficient speeds? To put it simply, as your bandwidth or speed increases, so does the amount of data that can come through at the same time.

You probably never have issues streaming a movie when it is just you by yourself at home, but the minute you add a gaming console, other people streaming video, or music, or video chatting, or web browsing, or downloading large files (the list goes on and on), your speeds suffer, and that is due to bandwidth.

How Do You Figure Out How Much Bandwidth You Have?

It is relatively easy to understand how much bandwidth you have by performing an Internet Speed Test. There are multiple sites where you can run a speed test, two of the most popular are fast.com and speedtest.net. 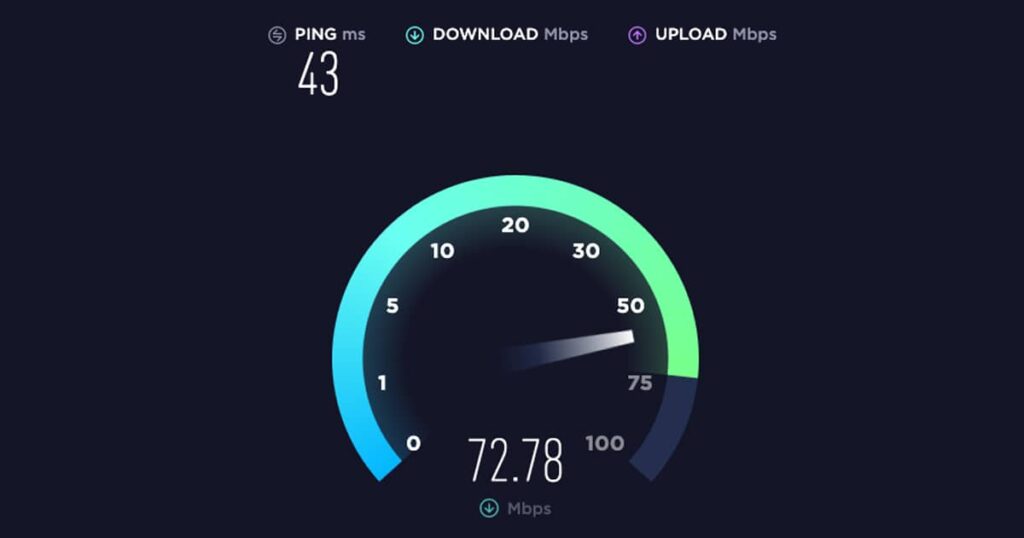 So, a half-hour to download a HD movie? That’s not too shabby! But wait a minute, let’s say another person in your household is downloading a different movie. That means you’re looking at double the download time because the network bandwidth only allows a certain amount of data to be downloaded at any given time, and it doesn’t pick whose movie will be downloaded first.

To put it in general terms again, the faster speeds you have, the more bandwidth you have. If you’re looking to use your Internet for light web browsing and checking emails, you’ll be fine with slower Internet speeds, but if you are streaming a movie on your TV and somebody else is watching YouTube videos, while also trying to account for another person gaming online all at the same time, you should opt for a higher speed package.

Understanding the Difference Between Streaming and Downloading

To understand the difference between streaming or downloading a movie, song, or any other file, we’ll use another water analogy.

Consider a lake and a river. A lake is a big pool of sitting water, and a river is continuously moving water. A river may hold just as much water as the lake, but it is not all in the same place at once. Downloading an entire HD movie would be like a lake, as it takes up a lot of space and would take a long time to move. Streaming a movie is like a river, continuously moving bits and pieces. 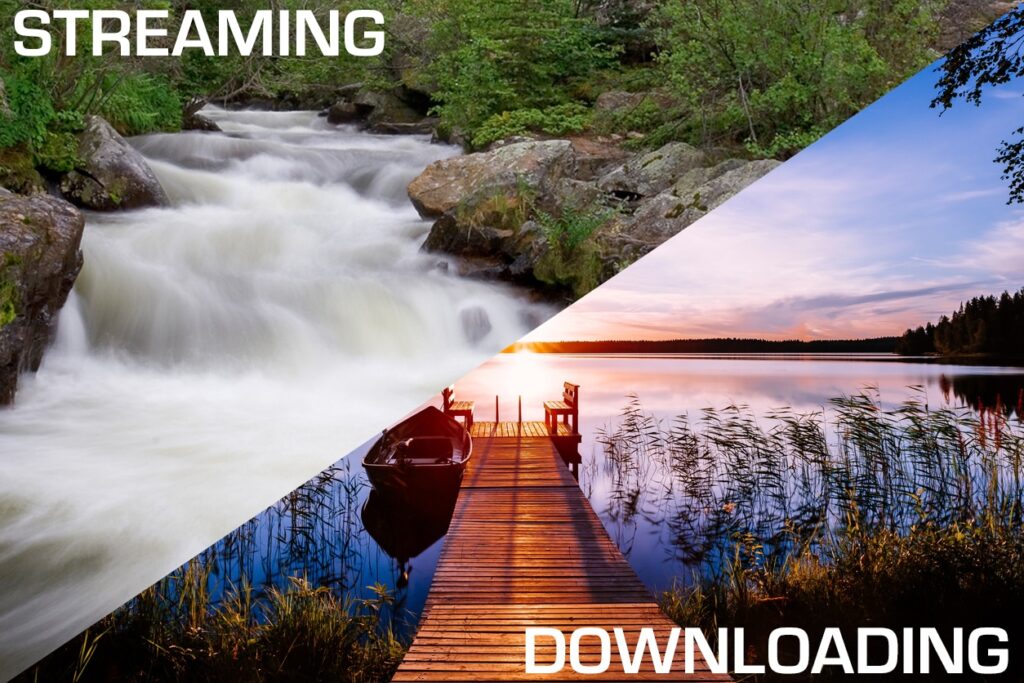 When you stream a movie via Netflix, Hulu, YouTube, or any other service, the audio and video data are broken into individual packets that each contain a small piece of the file. The server from the streaming service responds by sending necessary data over streaming media protocols to ensure it arrives in good condition and with all the pieces in the right order. The streaming video is being played as the packets come through, whereas with a downloaded file you have to wait to view.

What Speeds Do You Need?

A slow Internet connection in the technology-driven 21st Century is frustrating. You’re expected to be online more than ever, and it will keep becoming more prevalent. To understand the speeds you need, you first must figure out exactly what you will use the Internet for and how many users and devices will be sharing your bandwidth. By following the guidelines throughout this article, you can assure yourself the proper bandwidth to eliminate buffering and stuttering slow Internet.

Our experienced Nuvera team can help you identify which Internet needs your household requires. We’ll work with you so you can download and stream your favorite movies, music, video games and more over one of our high-speed Internet connections without frustration.